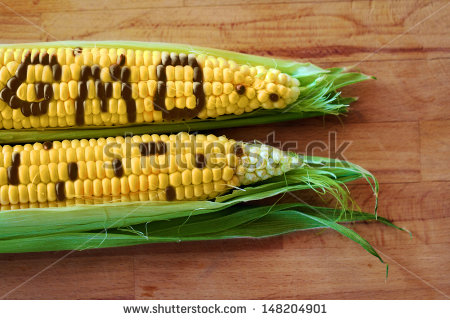 Written by Lee Stevenson , sorry I am a lousy editor so there will be error in my grammar.

GMOs are one big lie.

They say we need GMOs because of a shortage of food. That is a lie it is because of greed. Many nations are studying how to deal with the massive amounts of food wastage. They create false fears then offer a false solution.

They claim that BT Toxins in GMOs are safe for human consumption. They say the animals that died from eating them is anecdotal evidence. At what point does it become solid proof? When the corporation lying about it decides it is real evidence ? When the corrupt governments who have been proven to be colluding with the biotech industry to hide the harm they are doing decides the evidence is beyond anecdotal? It has become clear now days that our governments and many of those in them are overcome with greed for power and money. I feel sorry for those who have not been corrupted and are trying to fight for what is right. Why are they not required to test them for safety. Why are they allowed to falsely claim they have been tested when they have not. They claim they have but the studies are so flawed they are invalid. They read more like an advertisement for the biotech industry. Most of the studies they quote to promote GMOs have been retracted or proven to be flawed.

What gets me is the BT Toxin has been found in the human blood stream showing that consuming it does effect the body because the biotech industry claims that cannot happen. They have even found it in the blood streams of infants in mothers wombs. I would like to see if those BT Toxin crystals cause the same ill health effects as oxalates because they are sharp crystal shaped structures. Oxalates cause joint pain especially in the hips, they also cause inflammation throughout the body. Inflammation causes autoimmunity, cancer and chronic illnesses like heart disease and diabetes. I wonder how many out there have joint pain and it is being caused by BT Toxin crystals but since there is no research in it they are probably being told it is in their heads or it is stress. That is allopathic medicines go to solution when they do not have an answer.

BT Toxins have been found to cause genetic alterations in rats that consume them. Since they are making their way into human blood streams there is a good chance that is also occurring in humans. The worst part of it is they are now doing what is called stacking. They are splicing genes from a number of different BT Toxin producing microbes into GMOs making them even more toxic.

There are studies showing the body reacts to BT Toxins the same way the body would react if it was having an allergic reaction. Many believe they are gluten intolerant but it is BT Toxin and glyphosate intolerant that is really the problem. The BT Toxin works by pretty much by destroying an insects gut giving them leaky gut which in humans causes food intolerances and allergies. BT Toxin has been show to deteriorate the mucus membrane in the gut. Now add the toxic effects of glyphosate which does pretty much the same things but can cause gut paresis. BT Toxins have been shown to trigger an inflammatory response in the gut which reduces the gut mucus membrane were our gut microbes that keep us healthy reside. There is no study showing the health effects of this from BT Toxins but there are many studies showing when this happens we develop leaky gut , autoimmunity and chronic inflammatory diseases. Now you can see why inflammatory bowel diseases are rampant now days.

BT Toxin has been found to be toxic to the blood and causes anemia and many other blood disorders. It has been shown to negatively impact the adrenal glands, spleen, liver and kidney. Notice all those types of illnesses have taken a dramatic climb lately.

GMOs have been shown to be nutritionally inferior. When they alter the genes so the plant produces higher amounts of a certain nutrient it causes the plant to produces less of another. The glyphosate and glufonisate they use on them chelate nutrients from the soil and enter our blood stream and chelate nutrients form the body. I believe it is not a coincidence the U.S. government started requiring they fortify food with the very nutrients that those chemicals chelate from the soil and body. The bad part about that is they use synthetic vitamins which are toxic to the body. Folic acid is man made and has been shown to increase the risk of cancer. It builds up in the blood stream causing psychosis and bipolarism because it damages the NMDA receptor. If you search my blog I have posted on it. Folate which is natural has the opposite effects. The sad part is many medical professionals do not know the difference between folate and folic acid. Because they are fortifying foods with iron many in the U.S. have iron toxicity which causes oxidative stress which can lead to cancer and chronic illness and digestive problems.

They have shown that it is possible for the genes from GMOs to transfer horizontally to the gut microbiotia and in animal studies it has happened. Knowing what BT Toxin does to the body can you imagine if our microbiotia is producing BT Toxin adding to the levels of BT Toxin in the bodies of those consuming GMOs. I would like to see someone study that and I would like to see a study on the blood levels of BT Toxins in those who consume GMOs.

GMOs are causing insects and weeds to become resistant to herbicides and pesticides which has increased the need to use those harmful chemicals. This has resulted in the extinction of some insects that polinate. It has brought the monarch butterfly on the verge of extinction and many bees have been put on the endangered species list. Bees are not the only thing that pollinates and the BT Toxin has been killing a variety of pollinating insects.

It is also contaminating the environment because the BT Genes are transferring to plants in the wild. I have posted on how toxic GMOs are if you want to learn more you can read more at this link.

GMOs are toxic to the body now imagine that combined with glyphosate and other farm chemicals.

Hundreds of studies showing insects build up a resistance to it which means they are now stacking a variety of BT Toxin genes into the GMO crops making them even more toxic to eat. Cattle and sheep have died from eating GMOs. It had a negative impact on rats fed even low doses of GMOs. The most notable are the changes to the rats intestinal system which matches many unexplained digestive disorders many suffer from now days.

I could list many studies showing that organic crops produce comparable or higher yields at lower cost. Not only that but the herbicides used on them chelate nutrients from the soil and when consumed they enter the blood stream and do the very same thing.

Now imagine what the combined effects of glyphosate and BT Toxin does.

BT Toxin in GMO are different then the natural bt toxin. The natural was toxic to humans so imagine consuming it.

They have never been tested for their risk to humans.

Not only those issues but horizontal gene transfer has been shown to happen which can turn our guts into pesticide factories.

The hype surrounding GMOs is based on research that has been retracted.

There was a hidden viral gene found in GMOs this has happened with vaccinations which has led to new super bugs occuring.

They falsely claim they need to save the world from starvation when in reality many nations are trying to figure out how to deal with the massive food wastage.

The plants we eat effect our genes can you imagine what GMOs are doing to peoples genes.