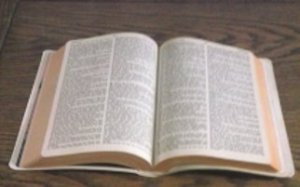 Jesus Is The Amen.

In Revelations 3:14 Jesus says he is the Amen. What did he mean by this? In order to understand that we need to understand what the meaning of amen is. The meaning has changed in our times, it has come to mean I agree. Originally it meant “so be it”or “surely” the root word it was derived from means “be faithful” or “trust worthy” All things Jesus has proved to be.

Jesus flawless life in heaven and on earth fulfilled all the divine promises. ( 2 Corinthians 1:20 ) His sacrificial death not only confirmed but made possible the fulfillment of all the divine promises of God. For example the promise made to Abraham that through his offspring all nations of the earth would obtain a blessing. ( Genesis 22:18 ) Jesus fulfilled that promise. ( Galatians 3:16 )

By remaining faithful he also proved false claims made by Satan that God’s servants when deprived or suffering would deny him. ( Job 1:6-12 , Job 2:2-7 ) He also proved God’s rightfulness of universal sovereignty which was challenged in the garden of Eden. ( Genesis 3:1-5 ) He imitated his father so well that the bible says he is the image of God. ( 2Corinthians 4:4 ) This gave us a glimpse of God’s ability to heal, resurrect the dead, how to love, how to forgive etc. He did what he had seen his father doing. ( John 5:19 )

Choosing Jesus as our redeemer shows God’s wisdom and his love for us. He being the only-begotten son the first born of all creation he would know Jehovah God better then anyone. ( Proverbs 8:20 , Collisions 1:15 ) The prophecy in Micah 5:2 of Jesus birth as a human shows he has lived a very long time before his life as a man. This has given him a very long time to know God’s qualities and what his will is.

He left us a model on how to be faithful and loyal to the one true God, and how to endure what Satan and this world throws at us. When Jesus was not sure he prayed to God for the strength and knowledge he needed. ( Matthew 26:39 ) Jesus can rightfully claim he is the Amen.

If you need to learn more you can search for more information on  http://www.jw.org.  They have a wonderful online library with many publications and resources for doing research.

Why Is Jesus Called The  Only-Begotten Son?

Many call Jesus God and claim he is God but the bible clearly tells us we are to confess he is God’s son it does not tell us he is God.  Jesus himself did not equate himself with God.

(1 John 4:14-16) 14 In addition, we ourselves have seen and are bearing witness that the Father has sent his Son as savior of the world. 15 Whoever acknowledges that Jesus is God’s Son, God remains in union with such one and he in union with God. 16 And we have come to know and believe the love that God has for us. . .

By not acknowledging Jesus is the son and equating him with God we are teaching something different the what the bible tells us to do. It clearly makes a distinction between the father and the son. Teaching something other then what Christ taught is going against Christ.

(Matthew 10:32) 32 “Everyone, then, who acknowledges me before men, I will also acknowledge him before my Father who is in the heavens. . .

Since we were created by Jesus the master worker would that put him at an even level with God? Not at all. Jesus didn’t even claim to be equal to God he stated that God was greater then he. (John 14:28 , Philippians 2:5-6 ) We have to keep in mind that Jesus was doing God’s will and it was our heavenly fathers knowledge that he used to achieve these things. The bible tells us that he does his fathers will and he only does what God has taught him. (John 5:19 ) So we are sons just as those who have faith are sons of Abraham. ( Galatians 3:7-9 ) So now we know that Jesus has existed for a very long time. When the prophecy of his birth on earth was mentioned we are told his origin is from ancient times. ( Micah 5:2 ) . Knowing Jesus has had such a long time to learn about his father shows us that no one would know God better then he. He has set many examples that would we should follow. One of them is how to approach God in prayer so we will consider that next.

Jesus Example Of How We Should Pray. When Jesus prayed he approached our heavenly father in a respectful and humble manor. He prayed to no one but the one true God. He also sanctified God’s name so we should use God’s personal name Jehovah when we pray. ( Matthew 6:9 , Psalm 83:18 ) When he was praying to his father he once stated that he had made his name known. This shows that over time; through lack of true worship people eventually quit using our heavenly fathers name and eventually forget it altogether.

There are many false gods but only one true God, so we must use his personal name to show it is him that we put our faith in. ( 1Corinthians 8:5-6 ). Does this mean we should not consider Jesus role in things. No, we are told he is the mediator so we must approach our heavenly father through him. ( Hebrews 9:15 ) So we must ask those things in Jesus name. In doing so we show our respect for his position at his fathers right hand as our heavenly king. ( Hebrews 10:12-13 ) ( John 14:14-15 ) In conclusion then we should approach our heavenly father Jehovah first using his personal name, offer our prayers and ask them through his only-begotten son Jesus Christ.   If you want to learn more go to http://www.jw.org and do a search an Jesus. They have a lot of wonderful information.